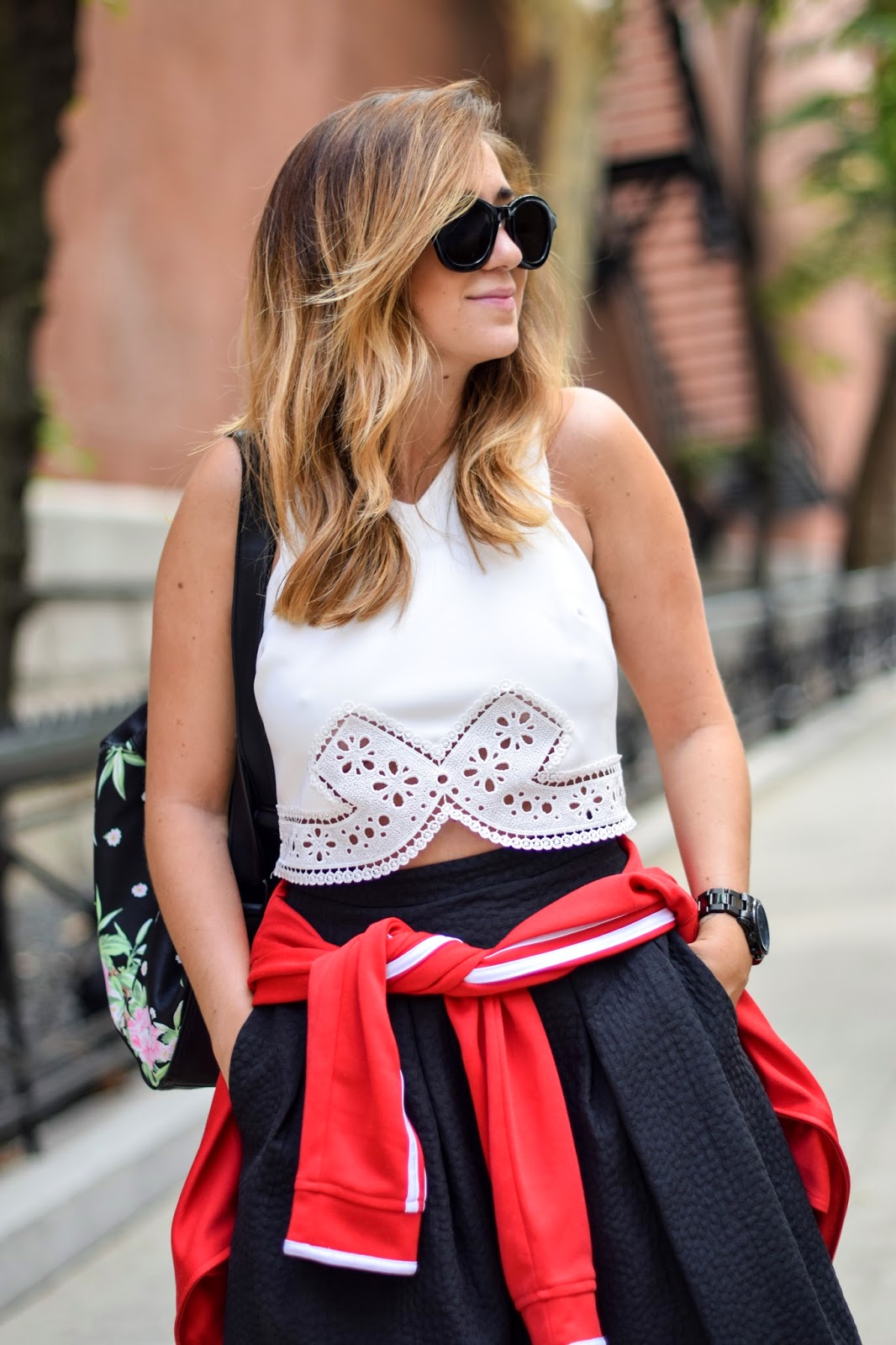 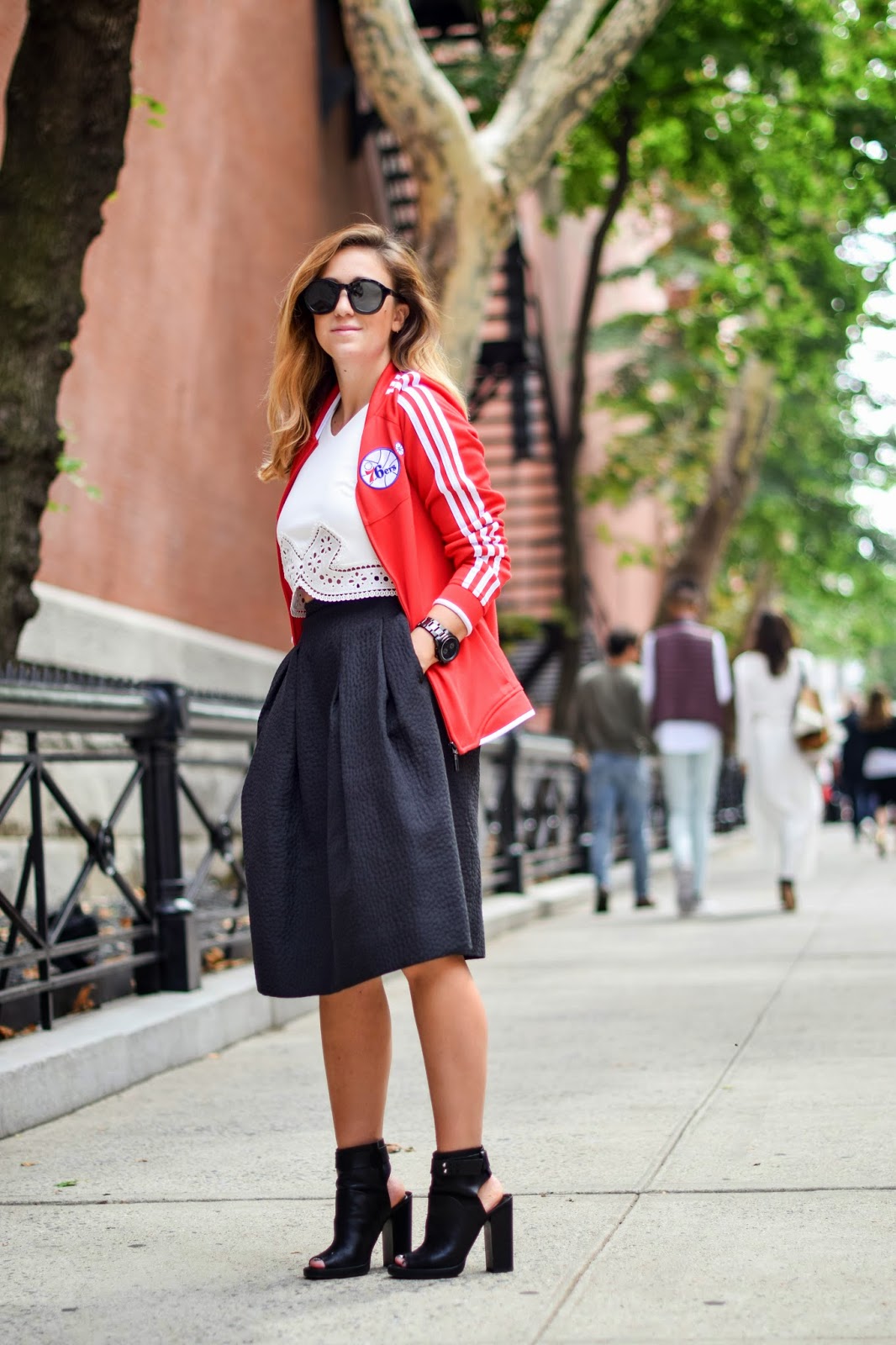 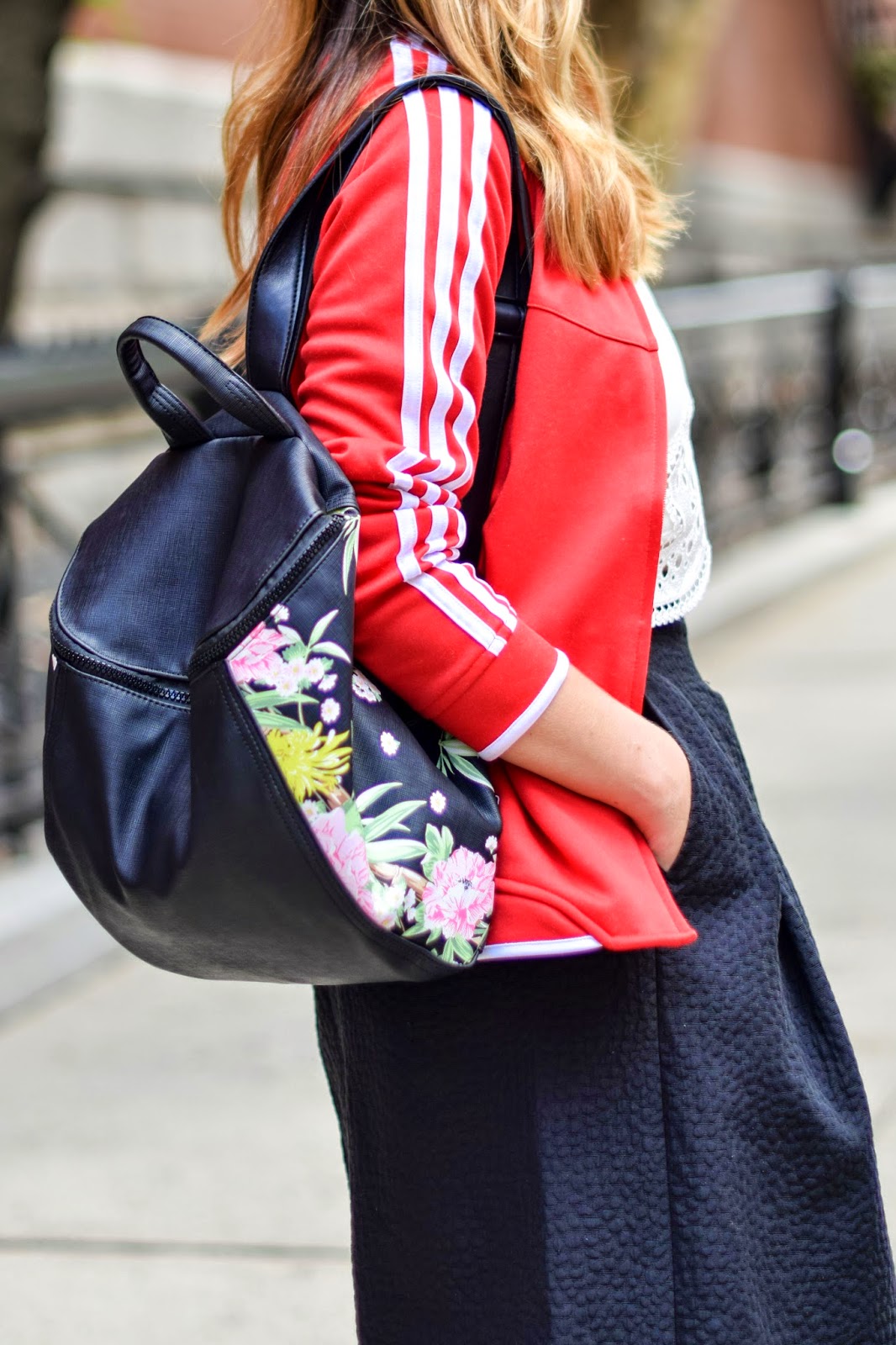 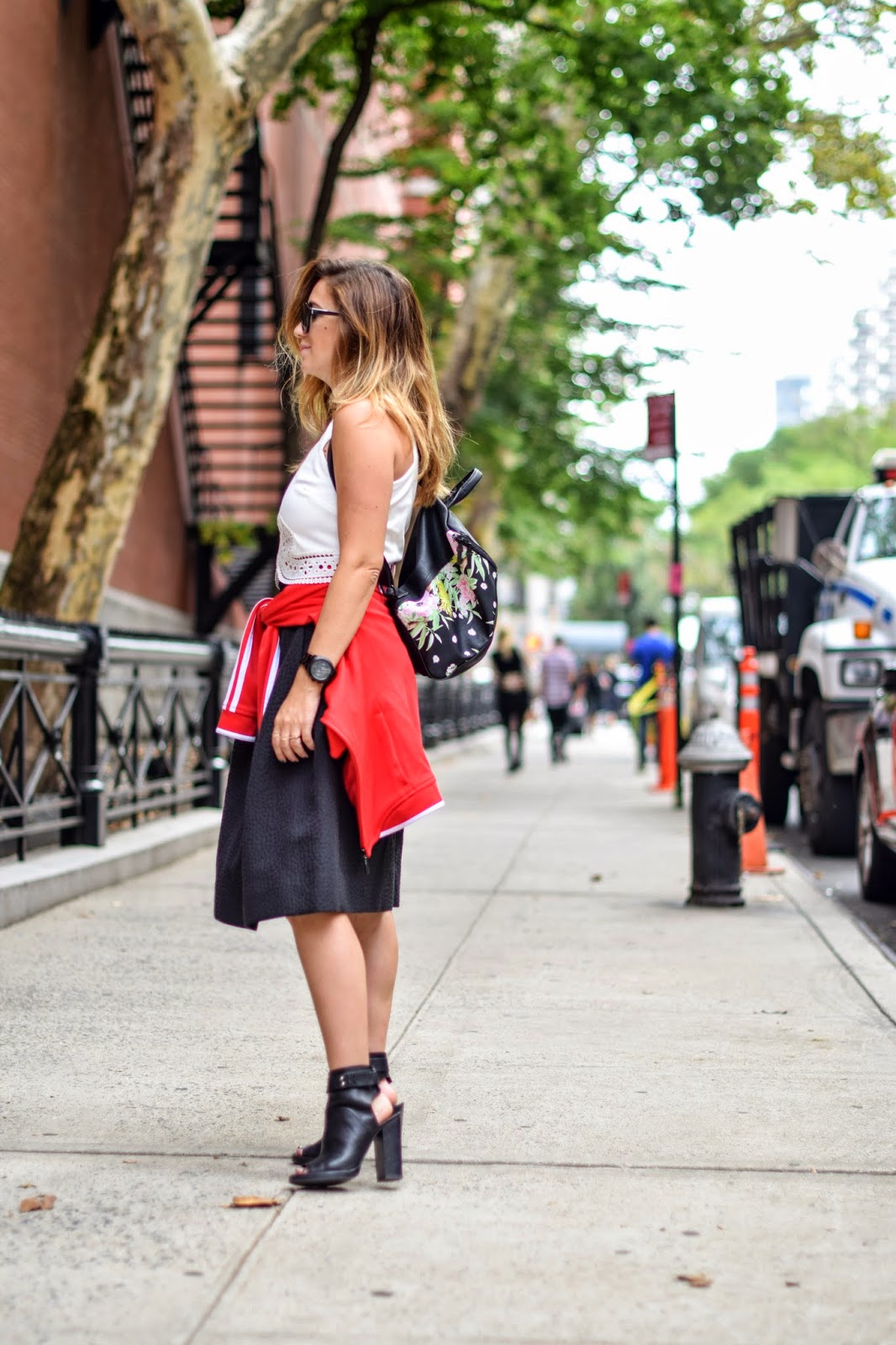 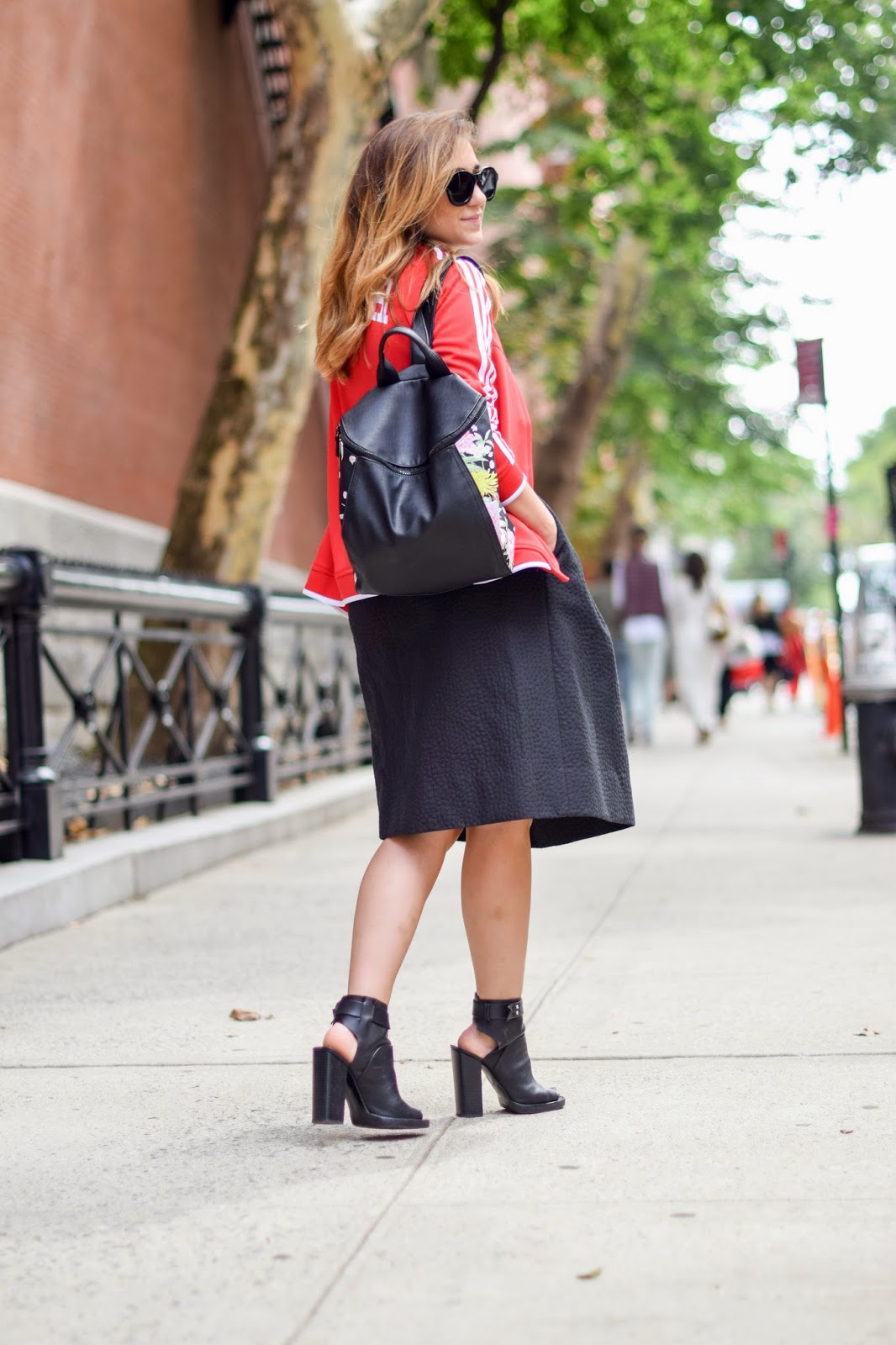 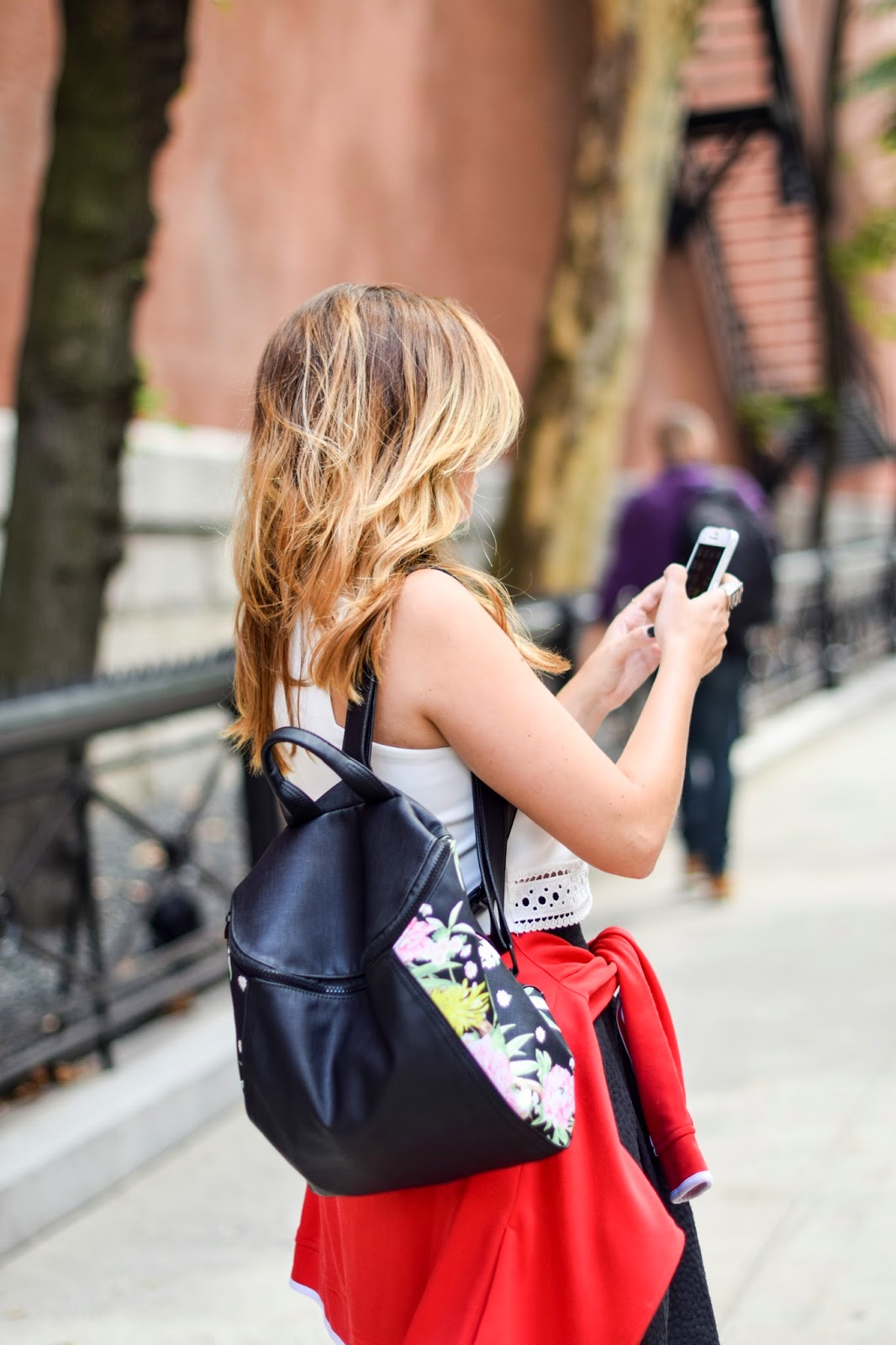 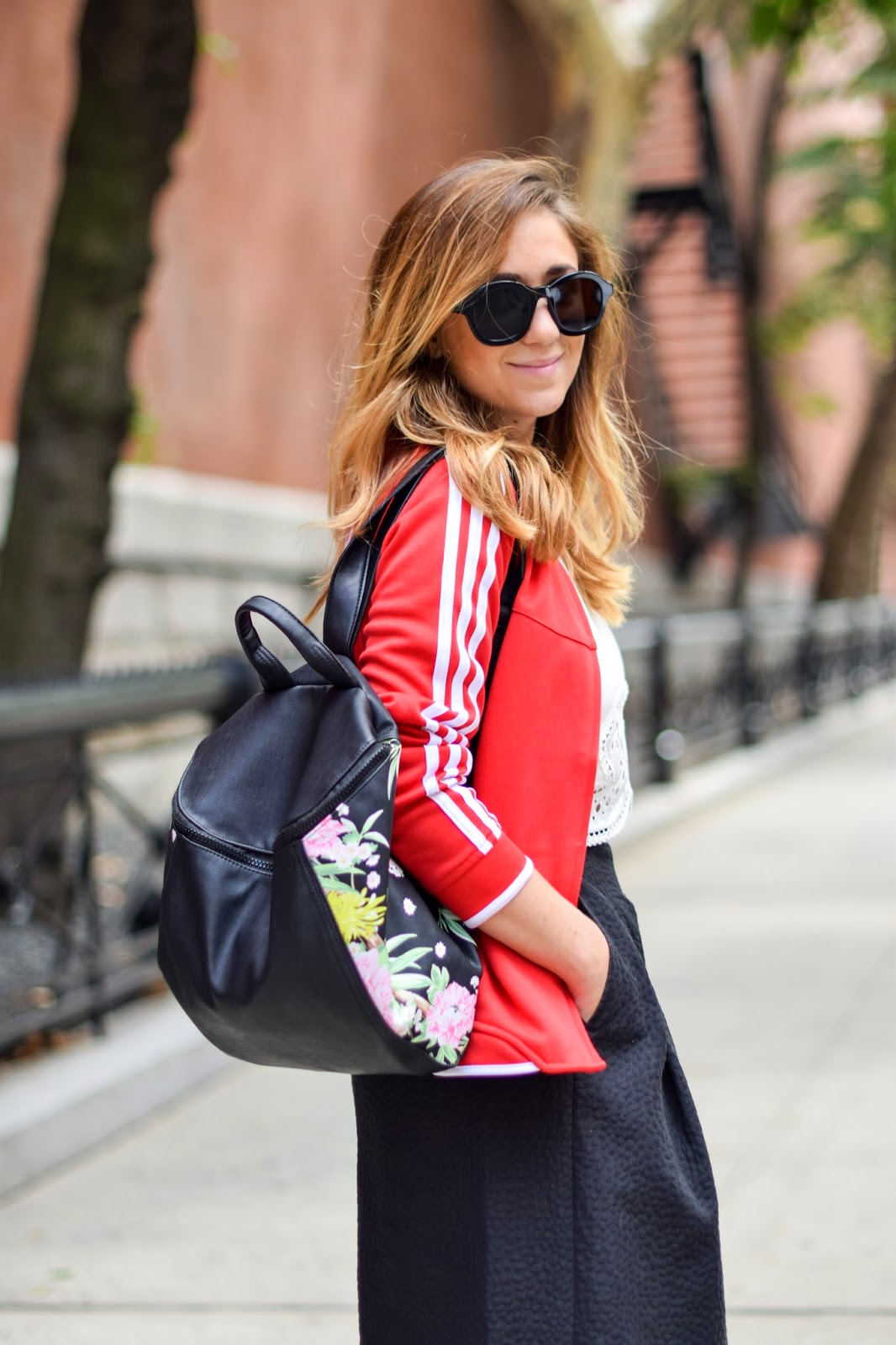 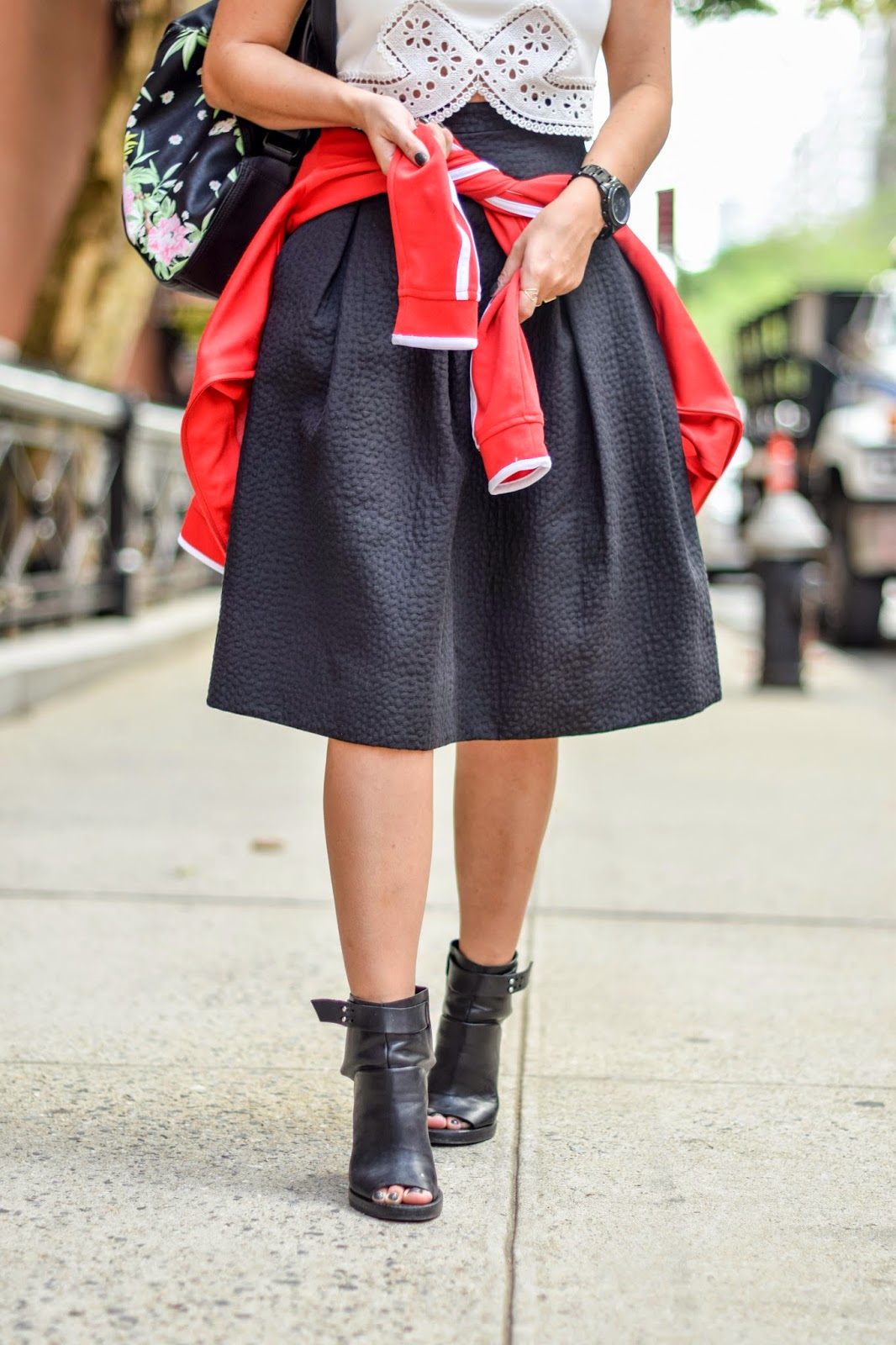 After New York Fashion Week, I’m still sorting through clothes and photos, but I’m excited to finally share a little more details about my trip with you guys (Editor’s Note: Erika wasn’t able to make it this year, so that’s why she will sadly be missing from these stories). I’m skipping around a bit because this look was actually from day five (a week ago today exactly). After four days in the city and feeling like a local, I took the subway uptown to the Tommy Hilfiger show at the Park Avenue Armory. It was a nice change of scenery from the Lincoln Center, where the majority of shows are held. I walked in behind Aimee Song as she stopped for a sea of photographers to take her photos in the street. I obviously kept walking, but I bet you I’m in the background of one of her photos out there. 😉 I walked up the stairs to be greeted by a quick snap from Bill Cunningham which was then followed by probably the cheesiest grin ever as I tried to play it cool (it was a pretty major NYFW “moment”). If you don’t know Bill, he essentially invented street style photography and I recommend watching his documentary “Bill Cunningham New York” on Netflix. What an interesting man!

I was beyond excited to get this invitation because I’ve always heard amazing things about Tommy’s shows. I walked into a rock and roll slash circus slash seventies dream and immediately I knew this would be my favorite show. The vibes were just so right. There’s nothing like a live band play over the likes of The Beatles and McCartney to get you going at 10:30 AM. The Spring Summer 2015 Ready To Wear collection gave off some strong late sixties/seventies-Americana vibes as lots of red, white and blue, star and stripes and patent leather came down the (huge) runway. It was so what you expect from Tommy Hilfiger and so not all at the same time and I loved it. Hair was straight and make-up was natural with a heavy liner. Kendall Jenner also walked in the show in one of my favorite looks, a flowy, star-print gown. It all left me very inspired for next year’s festival season and wanting a star-print, fur coat for winter.

After a few shows featuring some “sporty” elements (Lacoste in particular, but more on that later), I wanted to incorporate a sporty piece into my look. So, I threw a vintage 76ers jacket over top of my midi skirt and crop top. The mix of fun and feminine, and now sporty, is my perfect combo currently. Needing something like an Adidas t-shirt or Supergas immediately. Oh, also, BACKPACK LIFE = Hands free and amazing.

JavaScript is currently disabled in this browser. Reactivate it to view this content.

I loved these pieces you mixed together! Sporty chic at it's best!

This is such a cute and fun look.

Love this cool chick look on you boo. Also, welcome to hands free backpack life. Isn't it the best? 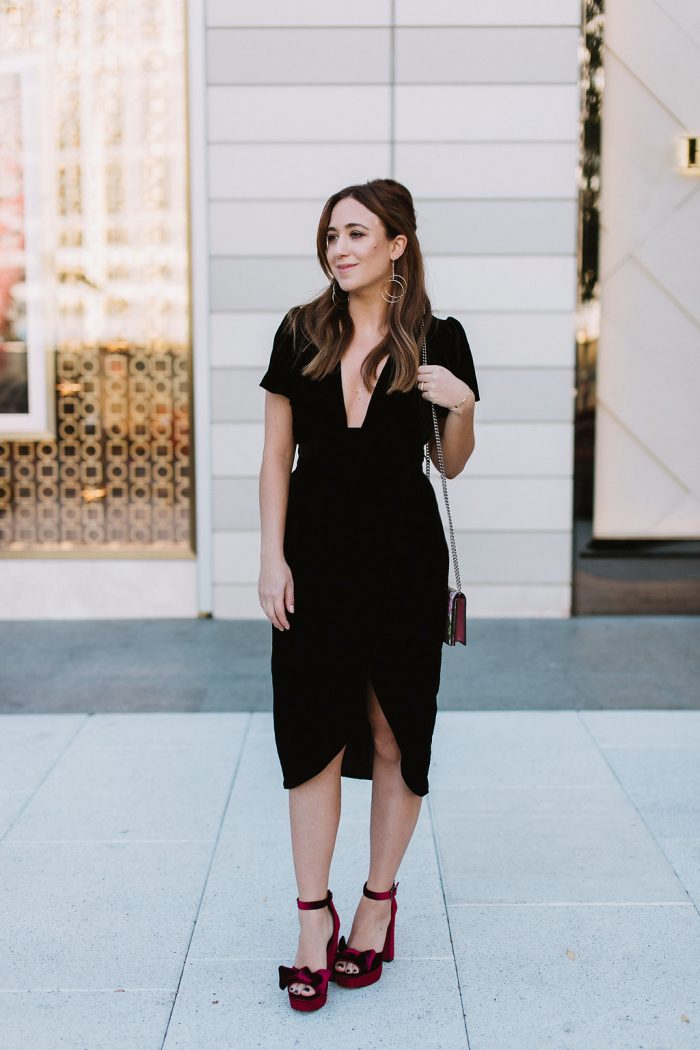 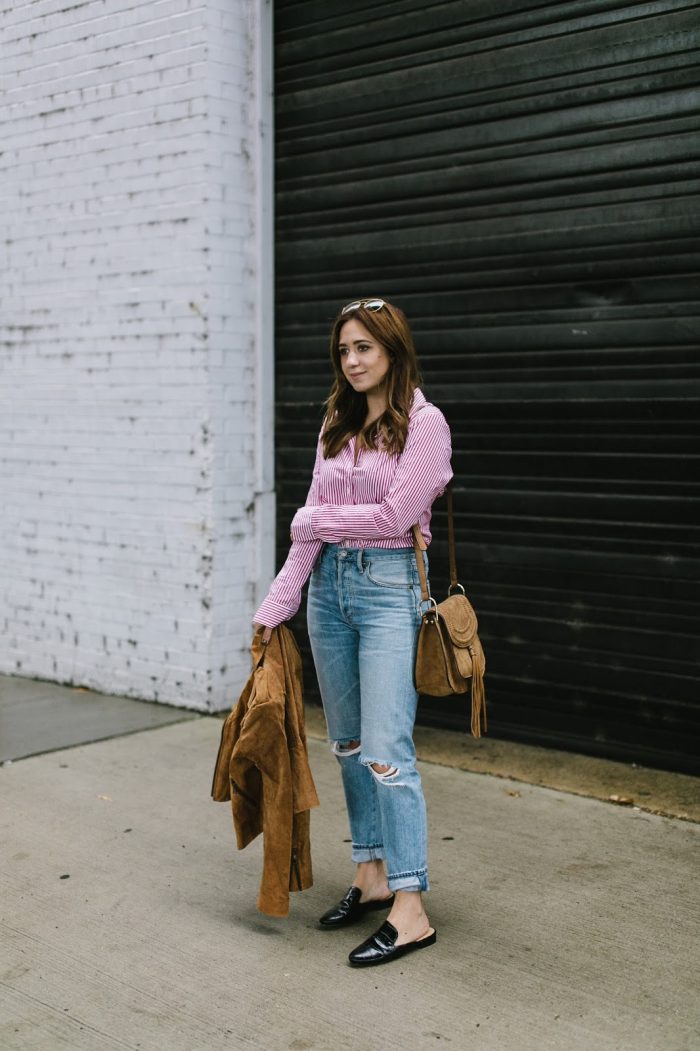 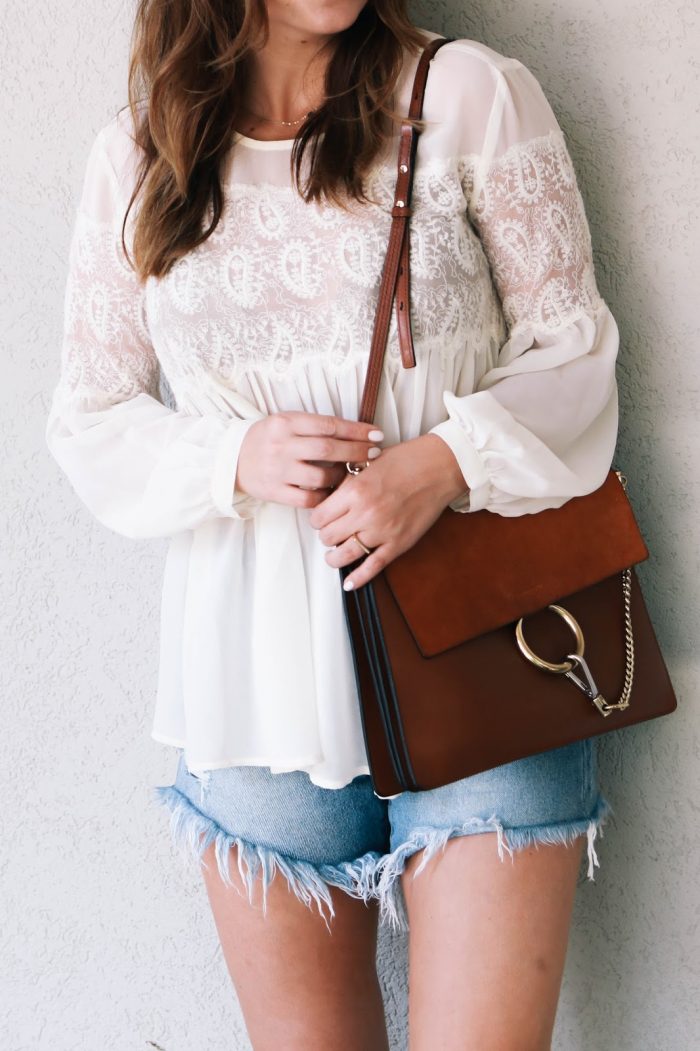