I’ve touched a bit on our house hunting process on Instagram stories, but I decided to take it to the blog to catch you guys up on where we’re at. The reason I was in and out with updates on Instagram is because we were pretty much all over the place for a month straight, exploring every option, all at once (kill me), and I didn’t want to take you guys on that rollercoaster. Trust me when I say, it was a rollercoaster. So today I’ll explain why, answer some commonly asked questions I received and a little update on where we’re at, which is: We’re under contract! I planned to wait until we closed to announce anything, but Wes & I agreed we wanted to be able to take you along the journey with us in real time, so let’s catch up!

You might have remembered my poll, “Would you rather have a bigger lot or live closer to the beach?” It caused a controversial conversation but I’m so happy to report we ended staying closer to the beach and closer to where we live now. Initially we had written off the Duck/Southern Shores area because tourist traffic is so bad there in the weekends on the summer. However, the lots there are much bigger and, being that’s where Wes’s parents house is, I was already comfortable with the area. Currently, in our rental, we live close to the bay and beach and have become big bikers (lol) so we really wanted to stay over here and find something similar. I’m thrilled to announce we found a house, just a few minutes from where we live now, that checked all of the boxes for us in terms of location – Close to the bay, close to the beach, and still in Kill Devil Hills, which feels very central on the Outer Banks and close to a ton of restaurants, shopping, etc.

Before we even moved here, I really thought we were going to be building a home. We already know a builder down here and I thought why not build something we love, that’s exactly how we want it, and avoid having to take on any renovations. A house in the Outer Banks can take around 4 months to go up but, now with everything going on, delays have pushed it closer to 7/8 months. So, basically, that meant we needed to start building yesterday. Our lease was going to be up at the end of February, with the possibility to extend a month or two, so we ideally needed to start building in October. We got right to it and met with builders to figure out the size lot we needed for the square footage we wanted with potential for a pool maybe in the future.

We started looking at lots that were for sale and quickly learned way more than we ever wanted to about flood zones, set backs, and buildable areas. We also quickly learned that in the area we wanted to be in, there weren’t many lots that could fit a house and a pool like we wanted. We could barely get a decent size yard with the inventory out there (Which is why we started considering Southern Shores – The lots are bigger there but, again, the traffic). We met with more builders to try and “rough draw” a house that we liked on one of these lots. Wes was even up late a few nights trying to draw house plans at one point on graph paper, LOL. We were getting desperate trying to fit everything we wanted on one of these lots.

We really wanted a good yard and that “indoor-outdoor” type of living for entertaining to enjoy in the summertime. Well, that’s also kind of hard to achieve in the Outer Banks because everything is on stilts. You can’t really put a house on the ground like I wanted (It’s a whole thing). I would love a one-story rambler, on the ground, with no stairs, but with the size lots we were working with, with the number of bedrooms we wanted, we’d have to build up instead of out. Wah. This was sort of dream-crushing to learn, but I accepted it and we compromised and said we would build on short pylons (Yay!).

We found a house!

While exploring building, we kept an eye on houses popping up on the market. If you know, right now it’s a total seller’s market where there’s low inventory and houses are selling in 2-5 days max here. Stress. We always said we would keep looking for the chance that something came up that fit all of our criteria, although I wasn’t hopeful tbh. We had already looked at 5 or 6 houses in person and I was checking listings daily online and everything was so not what I wanted – Outdated, on stilts, choppy floor plans, small closets, a million stairs, no room for a pool, etc. A few houses came up that we did like, but of course by the time we saw them they would already be under contract by someone else. Depressing.

Then we got an alert for this house. I wasn’t quite sold on it because of the interior design, however the yard was *exactly* what we wanted and Wes said we should really go see it. The yard was huge, with a really nice pool (!!!), in the area we wanted to be in, with all of the bedrooms we wanted, and a walk-out basement that allowed for some of that indoor-outdoor living I wanted. We contacted our realtor to go look at it the next day and put in an “appealing” offer that night. We wanted it so badly. I barely slept I was so excited, and also scared knowing the weekend was coming up and we could potentially loose the house to another offer. Our realtor called the next day and said there were multiple offers but… They went with ours!!! Best. Feeling. Ever.

We are scheduled to close in in early December and we can’t wait to move in and start this next chapter! It still doesn’t feel real, to see your dreams come to life, but with a lot of patience and hope, everything truly does work out the way it’s supposed to. And now you’re all caught up! 🙂 Can’t wait for you to see it (And to start ripping sh*t apart, lol). 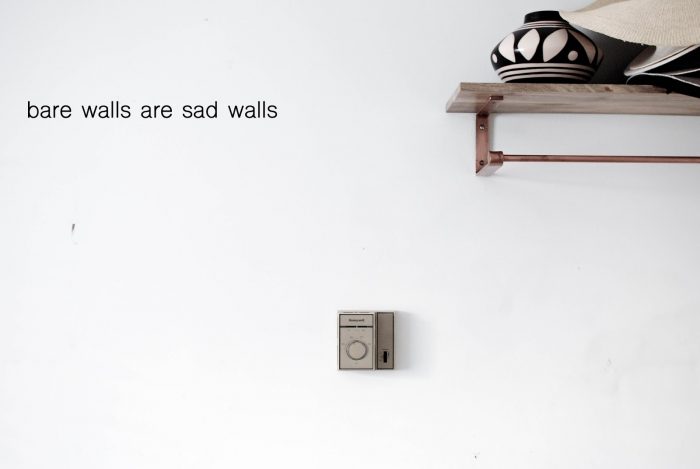 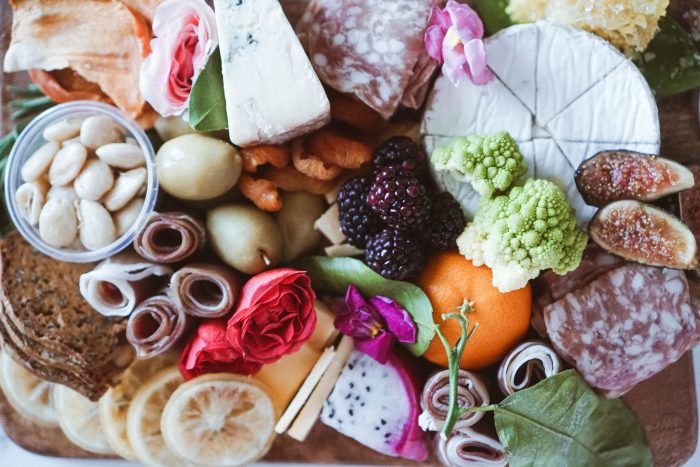 How To Make a Bomb Cheese Board This Mother’s Day 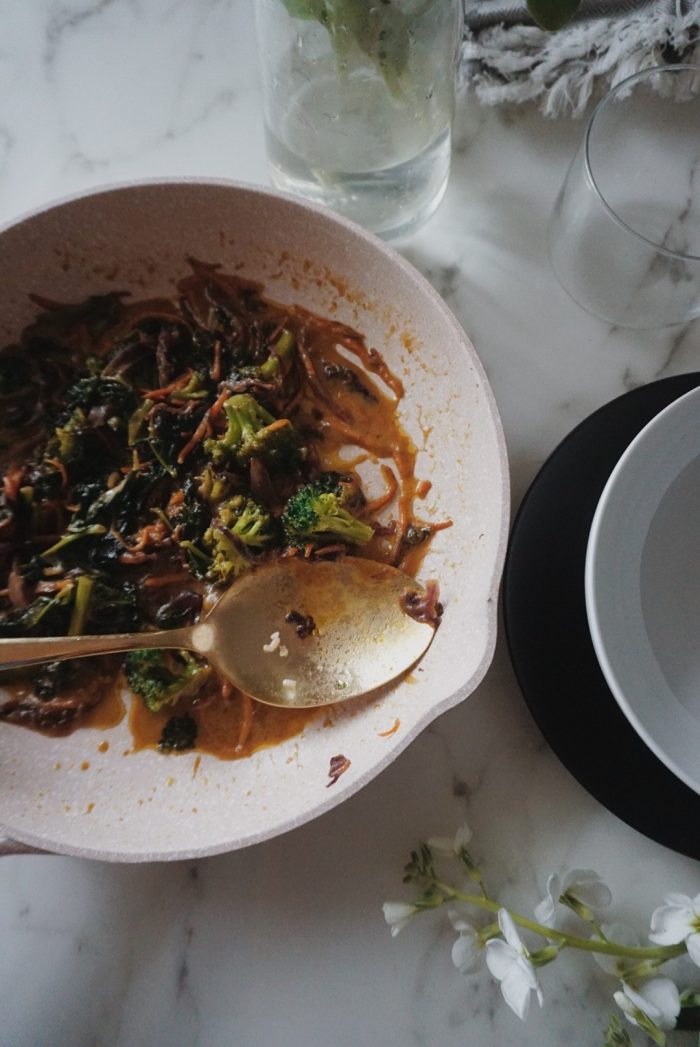 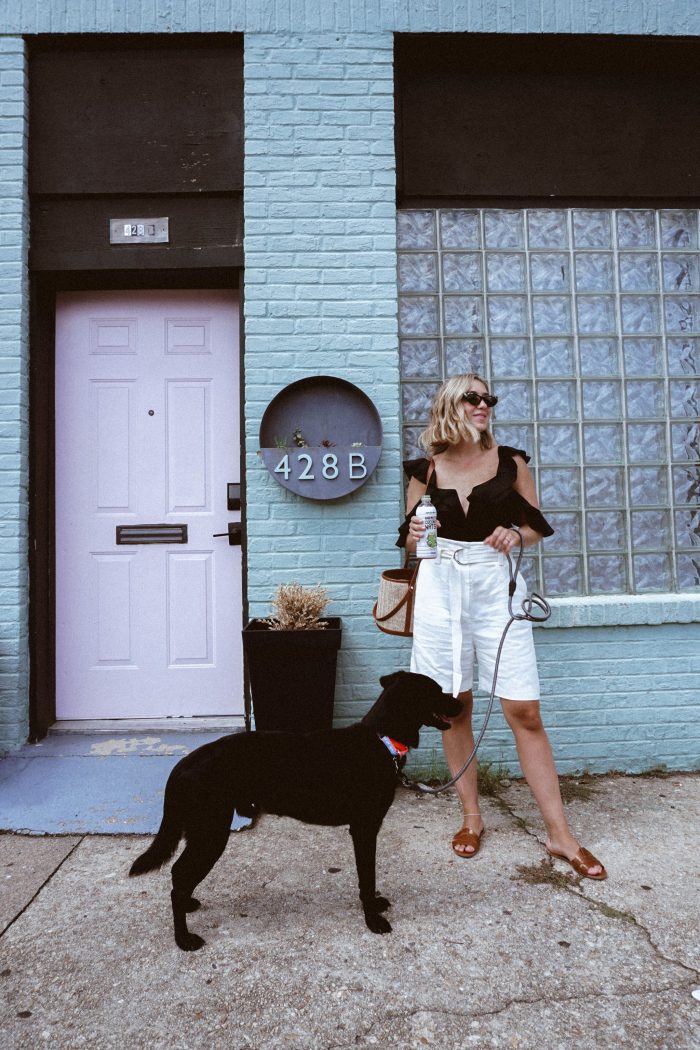